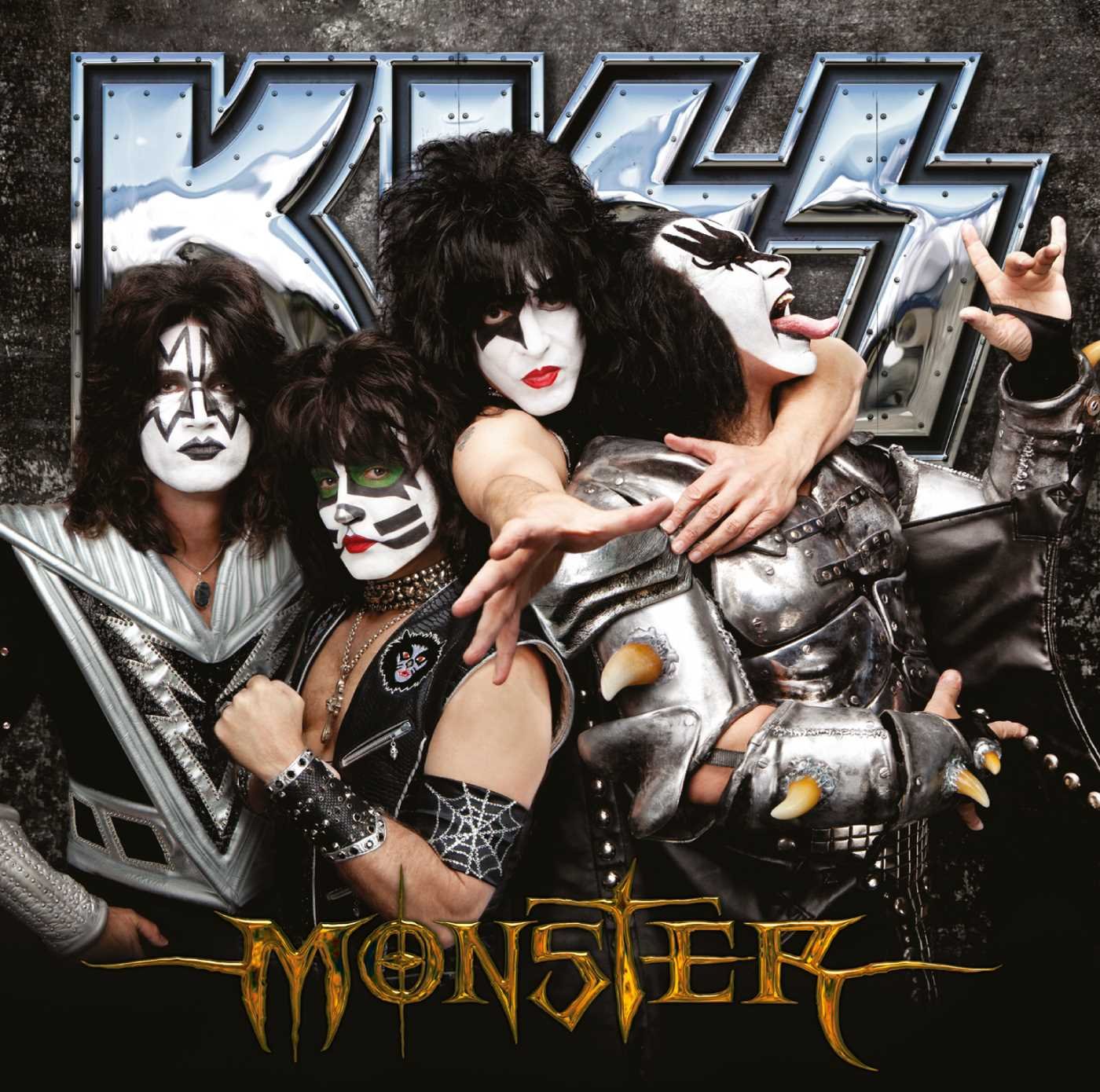 When a band like KISS, who have been around for decades, releases a new album most reactions or “opinions” tend to fall on either the side of it’s the best album they’ve ever recorded, or they’ve lost it and can’t make music like they used to. Very few ever land somewhere in the middle, which is of course exactly where most such albums do indeed fall in reality.

Such is the case with Monster, which is by no means KISS’ finest hour, or their worst. It’s not them trying something wildly different to their classic style, but it is how that style sounds in 2012. Therefore, it’s packed with songs which are not going to transform the landscape of the KISS catalogue, or probably be on ‘Greatest Hits’ compilations in 20 years’ time, but which make no apologies for simply being KISS. The direct comparison here is obviously Sonic Boom since it’s the only other album recorded by this line-up so far, and is easily the closest in sound and production – which again achieves a kind of polished roughness thanks to front-man Paul Stanley and his cohort Greg Collins – and the comparison is favourable.

There are perhaps a couple of cynical attempts to appeal to certain demographics with some of the songs, like trying to show empathy with young rock fans looking for individuality on Freak, with people who feel nostalgic about technology on Back To The Stone Age, or with fans who just want a big dumb song about sex on Take Me Down Below, but things like that are what KISS do all the time. That’s kind of the point of Monster; it’s brazen unashamedness. This works best on the Paul Stanley-sung single Hell Or Hallelujah, muscular Gene Simmons workouts Wall of Sound and The Devil Is Me, and Shout Mercy which, apart from its occasional silly “ooh ooh” backing vocals, could fit nicely on Creatures of The Night. And lurking in the middle of the album is the quiet gem Long Way Down, a Stanley romp that isn’t all bravado or innuendo; just a genuinely good rock song highlighted by a Tommy Thayer solo. It more than makes up for the tired Eat Your Heart Out, which is just a retreading of several past songs. As has been their way since almost the beginning, each band member sings at least one song and Outta This World is, perhaps predictably from the title, guitarist Thayer’s turn. It’s probably the best vocal performance by a KISS lead guitarist of any that have gone before, and although part of its riff is borrowed from Mississippi Queen, there really was no need for yet another song by the “Space Ace” character full of space and rocket references, he puts his efforts on Say Yeah (Nobody’s Perfect) from Sonic Boom to shame. Drummer Eric Singer gets his turn on All For The Love of Rock & Roll, a throwaway but ultimately fun ode to playing music. Again, it’s become a bit of a theme with the drummer’s songs (when they’re not Peter Criss ballads), but probably not one fan will be particularly tired of.

Monster is a more consistent album than Sonic Boom, but perhaps without any of the highs. That is to say, across the two albums, the best couple of tracks are probably on Sonic Boom, but so are the worst. Nearly everything on Monster sits in the upper half, quality-wise, making it a solid, fun, and above all pure rock ‘n’ roll album; exactly what KISS are about. Free of ballads and experiments, it’s probably the purest KISS album for at least two decades, maybe longer.

“ make no apologies for simply being KISS ”

Tracklist: Hell Or Hallelujah / Wall of Sound / Freak / Back To The Stone Age / Shout Mercy / Long Way Down / Eat Your Heart Out / The Devil Is Me / Outta This World / All For The Love of Rock & Roll / Take Me Down Below / Last Chance